The Navajo County Public Health Services District has confirmed a case of human plague in the county, according to a release Friday. An investigation is ongoing and there are no known additional exposures.

They also remind people that cats are highly susceptible to the plague. 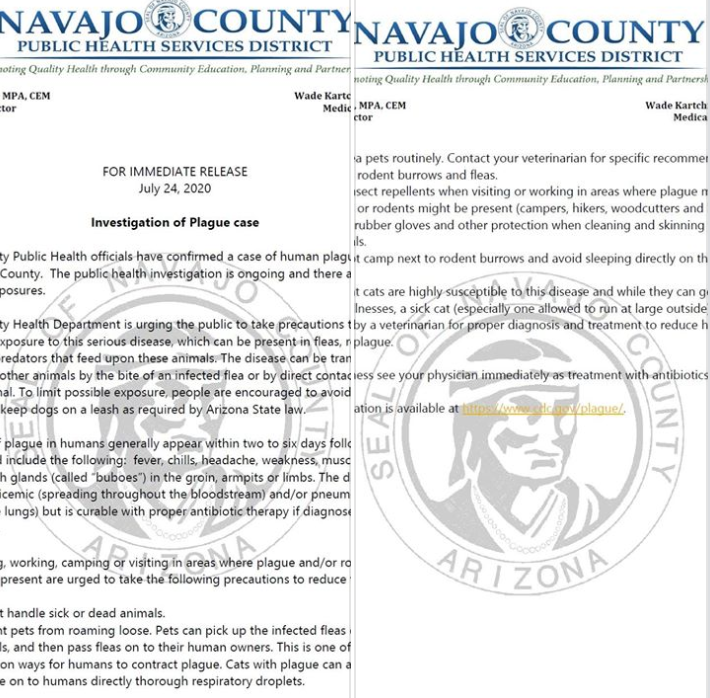