The number of dengue fever cases in Bangladesh dropped to 1247 in December 2019 in a year that saw more cases reported in the country than was seen since the first cases in 2000. 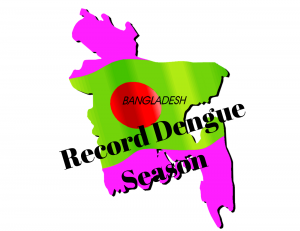 The Institute of Epidemiology, Disease Control and Research (IEDCR) closed out the record year with 101,354 cases and 164 dengue related fatalities.

The outbreak started increasing in June and peaked in August when more than 52,000 were reported.

I and my spouse suffered from HSV, herpes simplex virus for...

I and my spouse suffered from HSV, herpes simplex virus for...