In a follow-up on the multistate outbreak of Campylobacter infections linked to puppies sold through Petland, a national pet store chain, the Centers for Disease Control and Prevention (CDC) is reporting an additional 16 cases, bringing the outbreak total to 55 in a dozen states-Florida, Kansas, Maryland, Missouri, New Hampshire, New York, Ohio, Pennsylvania, Tennessee, Utah, Wisconsin, and Wyoming.

Thirteen people required hospitalization for their illness and no deaths have been reported.

A breakdown of the cases reveals:

Petland is cooperating with public health and animal health officials to address this outbreak.

Clinical samples from people and puppies sickened in this outbreak appear to be resistant to commonly recommended, first-line antibiotics. This means infections with the outbreak strain may not respond well to oral antibiotics usually prescribed to treat Campylobacter infections.

Most people who become ill with campylobacteriosis get diarrhea, cramping, abdominal pain, and fever within two to five days after exposure to the organism. The diarrhea may be bloody and can be accompanied by nausea and vomiting. The illness typically lasts about one week. Some infected persons do not have any symptoms. In persons with compromised immune systems, Campylobacter occasionally spreads to the bloodstream and causes a serious life-threatening infection. 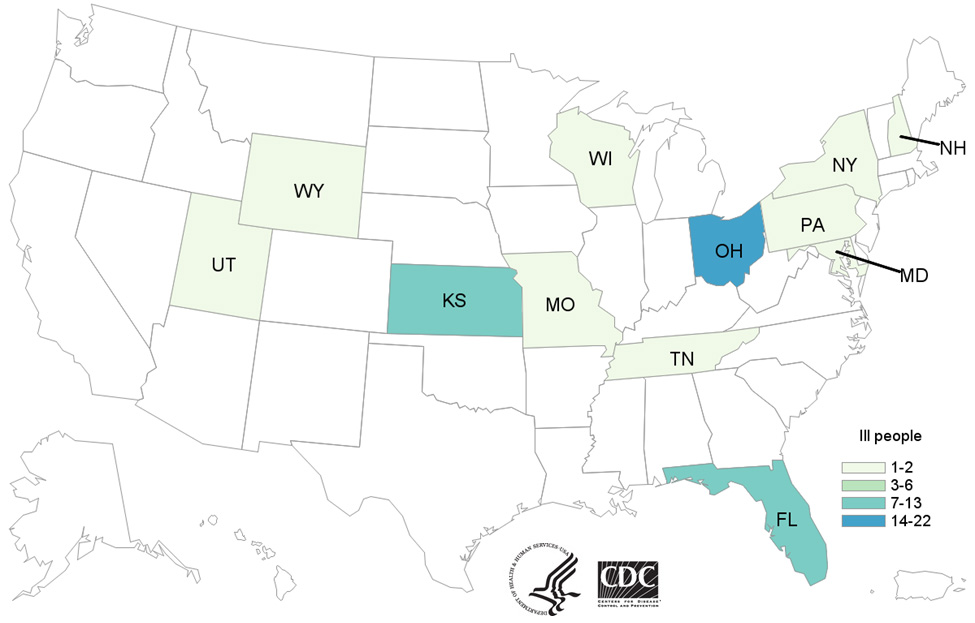