CDC issues travel notice for Israel due to measles outbreak

An outbreak of measles in Israel, where over 1,000 cases have been reported since September, has prompted the Centers for Disease Control and Prevention (CDC) to advise travelers to the country to make sure they are vaccinated against measles with the MMR (measles, mumps, and rubella) vaccine.

As of Nov. 5, the Israel Ministry of Health has reported 1,401 cases in 2018, with the bulk of them reported in just the past few months.

Cities that have been hit the hardest include Jerusalem (838), Tzfat (219) and Petah Tikva and Tel Aviv both recording 89 cases each.

Most of the cases have been reported in individuals under the age of 20.

In addition, some measles outbreak reported in the United States have been linked to individuals who contracted measles in Israel.

CDC recommends travelers do the following to protect themselves:

Measles is a disease that can lead to serious complications, such as pneumonia (infection of the lungs), and even death. It is caused by a highly contagious virus that is spread through the air by breathing, coughing, or sneezing. Signs and symptoms of measles include rash, high fever, cough, runny nose, and red, watery eyes. 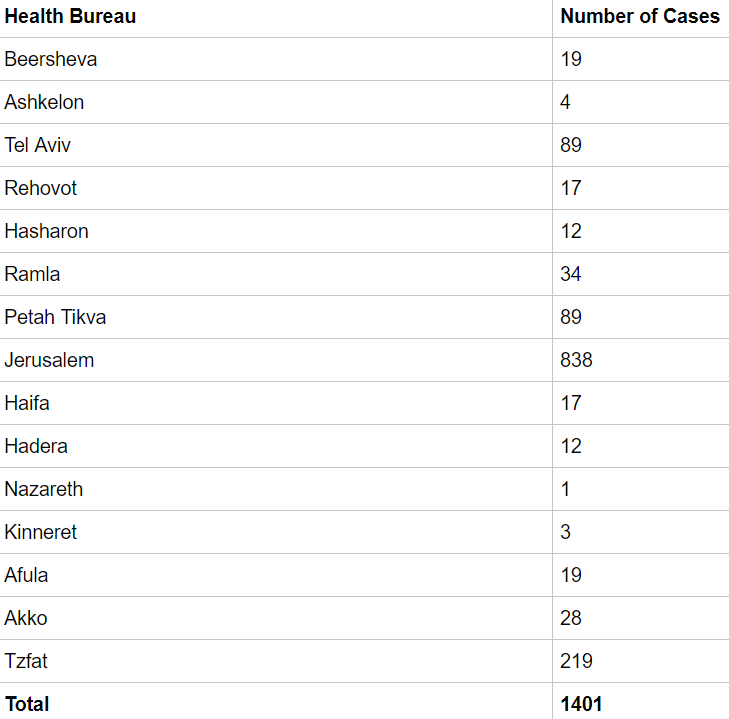