In August 2019 to date, the Bangladesh Directorate General of Health Services (DGHS) has reported 50,974 dengue fever cases. What makes this even more astounding is this total for one month tops the total cases reported in the country from 2000 through 2018 (50,148).

According to officials data, nearly 70,000 cases have been reported since the beginning of the year. DGHS says 52 dengue related fatalities have occurred (see chart); however, the unofficial death toll is reported to be multiple times higher. 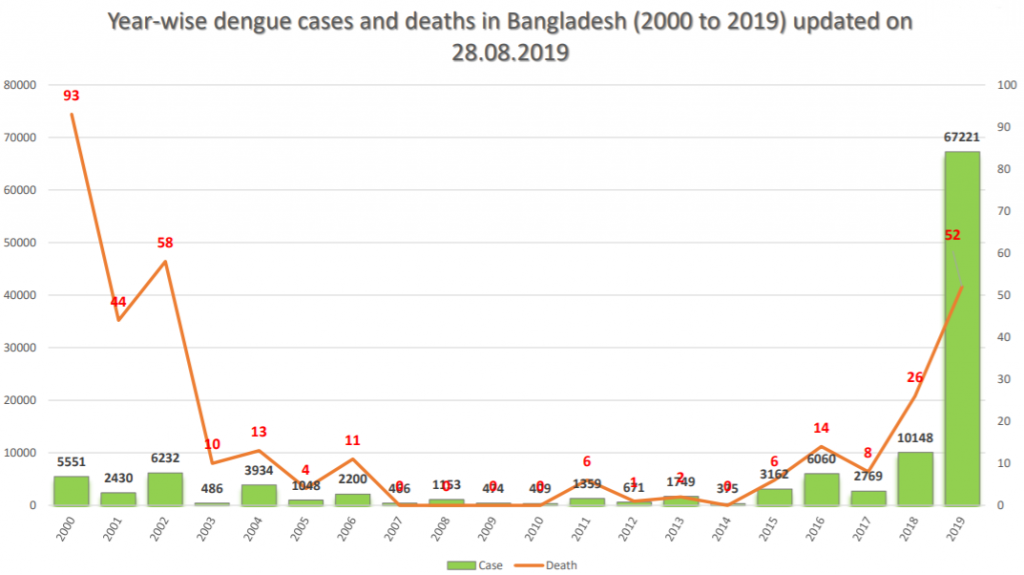 About six out of ten cases have been reported in Dhaka, with some 42 percent reported cases outside the capital.