by News Desk
November 20, 2018
Headlines, US News
No Comments

The Centers for Disease Control and Prevention (CDC) says thirty-two people infected with the outbreak strain of Shiga toxin-producing E. coli O157:H7 have been reported from 11 states since October.

Thirteen people were hospitalized, including one person who developed hemolytic uremic syndrome, a type of kidney failure. No deaths have been reported.

Epidemiologic evidence from the United States and Canada indicates that romaine lettuce is a likely source of the outbreak.

The Food and Drug Administration (FDA) says that while the strain of E. coli O157:H7 seen in this outbreak is different than the one identified in the large outbreak in Spring 2018 linked to romaine from the Yuma growing region, it does appear to be similar to the strain that caused a smaller outbreak linked to leafy greens that occurred in the fall of 2017 in both the U.S. and Canada.

“The quick and aggressive steps we’re taking today are aimed at making sure we get ahead of this emerging outbreak, to reduce risk to consumers, and to help people protect themselves and their families from this foodborne illness outbreak. This is especially important ahead of the Thanksgiving holiday, when people will be sitting down for family meals. We want to get this information out to consumers early. While we’ve made progress, it’s still early in this investigation and work remains to pinpoint the source of contamination that contributed to this outbreak and allow us to employ more targeted measures to reduce future risk,” said FDA Commissioner Scott Gottlieb, M.D.

“While we don’t have enough traceback information to request a recall from specific suppliers, we’re working to prevent unnecessary foodborne illness. Consumers can avoid eating and discard any romaine lettuce.”

CDC is advising that U.S. consumers not eat any romaine lettuce, and retailers and restaurants not serve or sell any, until we learn more about the outbreak. This investigation is ongoing.

Some people with a STEC infection may get a type of kidney failure called hemolytic uremic syndrome (HUS). 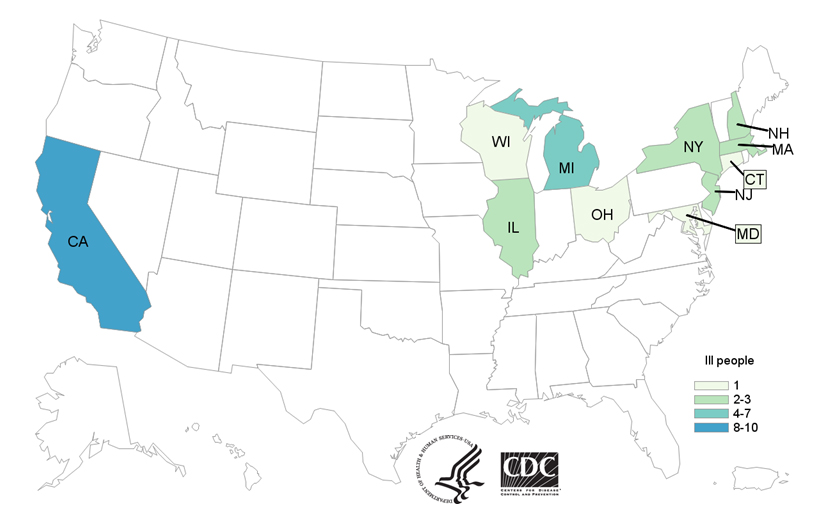