While the last shipments of romaine lettuce from the Yuma growing region were harvested on April 16, 2018 and the harvest season is over, the Centers for Disease Control and Prevention (CDC) still reported 23 additional E. coli O157:H7 infections linked to romaine lettuce in the past week. 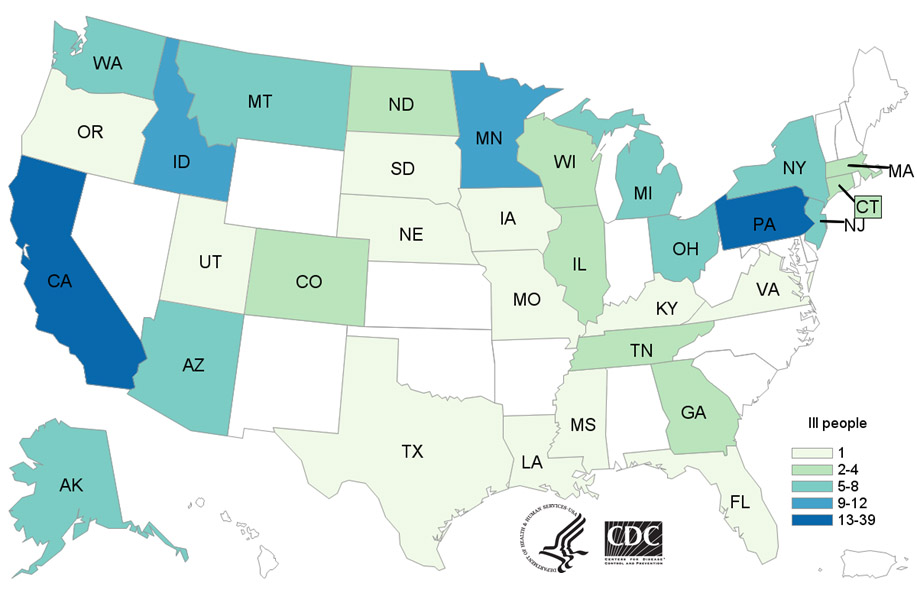 Newly reported cases are people who became sick two to three weeks ago, still within the window when contaminated romaine was available for sale. The latest reported illness started on May 2, 2018.

As of May 15, 2018, 172 people infected with the outbreak strain of E. coli O157:H7 have been reported from 32 states, with Iowa, Nebraska, and Oregon reporting cases for the first time.

75 people have been hospitalized, including 20 people who have developed a type of kidney failure called hemolytic uremic syndrome. One fatality has been reported.

People get sick from Shiga toxin-producing E. coli an average of 3 to 4 days after swallowing the germ. Most people get diarrhea (often bloody), severe stomach cramps and vomiting. Most people recover within a week, but some illnesses can last longer and be more severe.

Talk to your doctor if you have symptoms of an E. coli infection and report your illness to your local health department.

E. coli infections also can spread from one person to another through germs on hands. To help prevent infection, wash hands after using the restroom or changing diapers, and before and after preparing or eating food.