EEE in Florida: Additional cases in Lake and Jackson counties brings total to 7 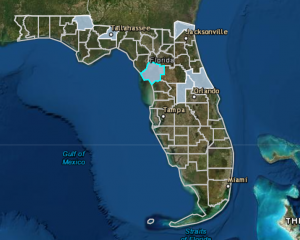 In Lake County, an older gelding presented with symptoms of depression, an inability to stand and incoordination. EEE was confirmed and the animal was euthanized.

In Jackson County, a 2-year-old mare presented with an inability to stand and tremors. This horse was also euthanized.

The vaccination status for both animals is unknown.

These are the 6th and 7th EEE cases reported in horses in the state to date.

EEE is a mosquito-transmitted disease that is much more severe than West Nile Virus (WNV).  The mortality rate in horses from WNV is reported at around 30%, while the rate for EEE is almost 90%.  Infected mosquitoes are the primary source for EEE.

The virus causes inflammation or swelling of the brain and spinal cord.  General symptoms include central nervous system signs such as: head pressing, convulsions, lack of response to facial stimulation, fever above 103 degrees, ataxia, paralysis, anorexia, depression and stupor.  Other symptoms may include irregular gait, teeth grinding, in-coordination, circling, and staggering.  All symptoms may not be exhibited by an infected horse.