The survey reveals that young people aged 15-24 remain particularly affected by these STIs, which are often asymptomatic but sometimes with heavy consequences. This has prompted Public Health France to launch a digital campaign on 18 July to promote the use of condoms among young people. This campaign is part of the national strategy for sexual health and the promotion of prevention tools.

“The sharp increase in diagnoses of these infections in 2016 may be due to a number of factors. It can be explained first of all by an underestimation of the cases diagnosed in 2012 but also by an intensification of the screening and the improvement of the sensitivity of the tests used and finally, by the increase of the incidence of these STIs. themselves. “Says Florence Lot, head of the unit HIV / AIDS, hepatitis B and C, IST to Public Health France.

In the 25-year-old population, the high prevalence of Chlamydia and Gonorrhea infections is the result of a larger number of partners coupled with unsupervised condom use, health officials say. 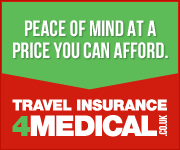 Human West Nile fever cases on the rise in Europe