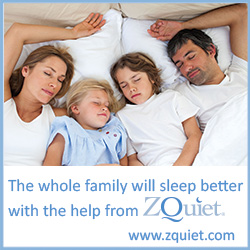 In a follow-up to a report of a mumps outbreak in the greater Boston area earlier this month, the Boston Globe reports two individuals in the Harvard University community have been diagnosed with mumps.

The report states that two cases were confirmed Thursday and one is connected to the Harvard Biolabs complex on Divinity Avenue in Cambridge.

Mumps is a highly contagious respiratory disease that is spread through indirect or direct contact with an infected person’s nose or throat droplets, such as when an infected person coughs or sneezes. It is best known for the puffy cheeks and swollen jaw that it causes because of inflammation of the salivary glands under the ears on one or both sides. Other common symptoms include fever, headache, muscle aches, fatigue and loss of appetite. Some people who get mumps have very mild or no symptoms, and often they do not know they have the disease.

Most people with mumps recover completely in a few weeks. However, mumps can occasionally cause severe complications, especially in adults. Treatment includes rest, fluids, and over-the-counter medicine to reduce fever and discomfort. Since mumps is caused by a virus, antibiotics are not used as a treatment.