Multiple federal health agencies including the FDA, CDC and state and local officials are investigating hepatitis A virus (HAV) infections linked to frozen strawberries in smoothies served in Tropical Smoothie Cafe restaurant locations.

The investigation began in early August when the Virginia Department of Health (VDH) identified an outbreak of hepatitis A cases potentially linked to smoothies from Tropical Smoothie Café restaurants in that state. 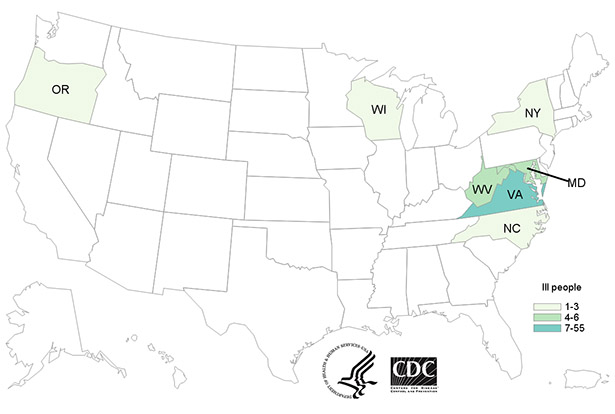 Since then, 70 people infected with hepatitis A linked to this outbreak have been reported from seven states: Maryland (6), New York (1), North Carolina (1), Oregon (1), Virginia (55), West Virginia (5), and Wisconsin (1).  Among people with available information, 32 people have been hospitalized.

Of the 70 ill people, 68 ill people reported drinking a smoothie from Tropical Smoothie Café in the month before illness started.

Epidemiologic and traceback evidence indicate frozen strawberries imported from Egypt are the likely source of this outbreak. Tropical Smoothie Café has stopped using these strawberries nationwide.

Hepatitis A is a contagious liver disease that results from infection with the Hepatitis A virus (HAV). It can range in severity from a mild illness lasting a few weeks to a severe illness lasting several months. Hepatitis A is usually spread when a person ingests fecal matter — even in microscopic amounts — from contact with objects, food, or drinks contaminated by the feces of an infected person.