The tick-borne disease, Rocky Mountain spotted fever (RMSF), is suspected in the death of 2-year-old Kenley Ratliff of Plainfield, according to multiple media reports.

According to a Today report, the child was taken to the ER with a high fever and prescribed amoxicillin. After 24 hours with no improvement, Kenley was taken back to the ER and a strep test was performed and turned out positive.

Things went downhill from there and she was taken to University of Indiana’s Riley Children’s Hospital in very bad condition.

She presented with the tell-tale rash of RMSF at this point and doctors switched her antibiotic to doxycycline; however, by this time it was too late.

The family started a Gofundme page to help with medical expenses when it was clear that Kenley was sicker than anyone had thought.

RMSF is a tick borne disease caused by the organism, Rickettsia rickettsii. Typically, the progress of the disease is a sudden onset of high fever, deep muscle pain, severe headache and chills. A rash usually appears on the extremities within 5 days then soon spreads to palms and soles and then rapidly to the trunk.

Fatalities can be seen in greater than 20% of untreated cases. Death is uncommon with prompt recognition and treatment. Still approximately 3-5% of cases seen in the U.S. are fatal. The absence or delayed appearance of the typical rash or the failure to recognize it, especially in dark-skinned people cause a delay in diagnosis and increased fatalities.

Early stages of RMSF can be confused with erlichiosis, meningococcal meningitis and enteroviral infection.

The organism is maintained in nature in ticks. It can be transmitted to dogs and other mammals, but most times these cases cause little illness. People usually get infected from an infected tick bite. The tickrequires from several hours to 24 hours of attachment and feeding to become infectious to people. So prompt removal of the tick can prevent infection. It is not transmitted person to person.

RMSF can be diagnosed in the laboratory using serological techniques, PCR or culture; however because of the necessity of prompt treatment, diagnosis is based on symptoms. There is no vaccine available for RMSF. It can be treated with tetracyclines either orally or intravenously.

Prevention is through immediate removal of ticks, wearing clothes that cover skin and removing ticks from dogs. For more infectious disease news and information, visit and “like” the Infectious Disease News Facebook page 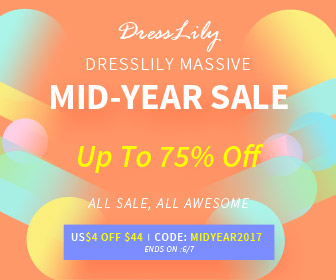