For the second consecutive year, Japanese health officials reported more than 6,000 syphilis cases. According to Japan’s National Institute of Infectious Diseases in Tokyo, 6,577 cases were reported in 2019. 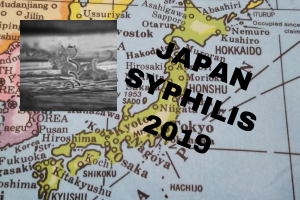 In November last year, the news source, Mainichi reported nearly 10% of women who reportedly have syphilis were also pregnant in the first half of 2019, resulting in an increase in congenital syphilis.