The Laos Center of Information and Education for Health reported 2,296 additional dengue fever cases since out last report one week ago.

As of July 31, 13,621 total dengue fever cases have been reported in Laos since the beginning of the year.

The capital city of Vientiane has seen 7,086 cases, by far the most cases of any city.

The death toll in this outbreak has risen to 14. 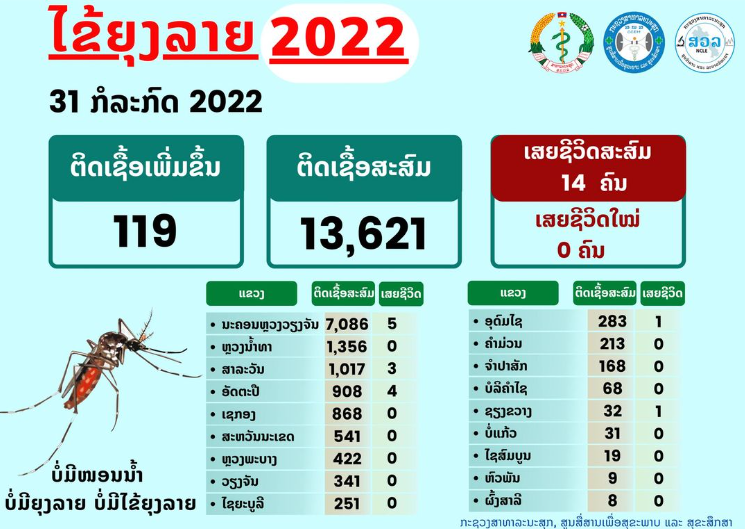