Since our last report on the dengue fever outbreak in Laos on August 1, the country has reported more than 4,200 cases. 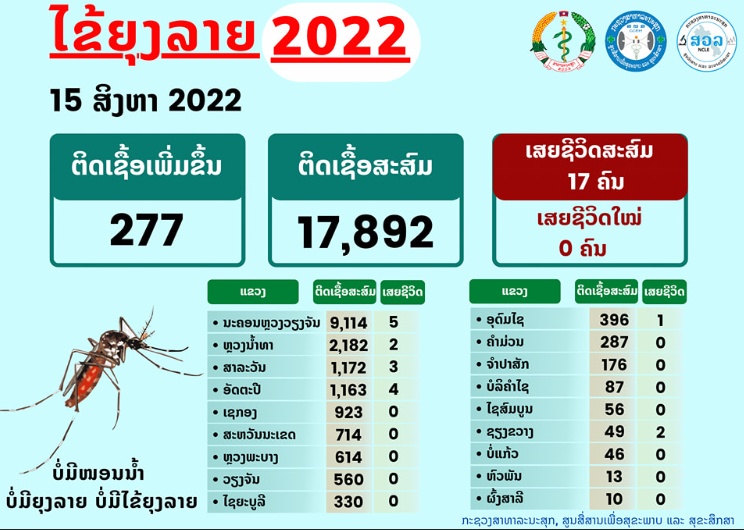 As of August 15, Laos health officials report 17,892 total dengue cases with more than half the cases reported from the capital city of Vientiane (9,114).

The death toll has risen by three during the two week period and now stands at 17.

How does this compare to recent years in Laos? Authorities reported approximately 1,400 cases nationwide in 2021 and 7,700 cases in 2020. That’s the whole year.

Dengue is a viral infectious disease that is spread through the bite of an infected Aedes mosquito. Patients may experience symptoms such as fever, red rash on the skin, headache, pain in the back of the eyes, joint pain, muscle pain, bleeding under the skin, nose, and gums.