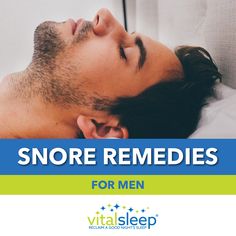 The vast majority of measles cases in Europe were reported in unvaccinated patients, and children younger than two years old were at a higher risk of dying from measles than older patients, according to research presented at the 28th European Congress of Clinical Microbiology and Infectious Diseases (ECCMID).

Presenting author Dr Emmanuel Robesyn of the European Centre for Disease Prevention and Control (ECDC) in Stockholm said they analysed data to support European states in reaching the recommended 95% two-dose vaccination coverage. It also set out to determine any possible differences between society’s youngest individuals and older populations when infected with the disease.

The study examined all 37,365 measles cases reported to the ECDC from 1 January 2013 through 31 December 2017. The researchers found 81% of all reported cases were patients who were not vaccinated. Most cases were in Italy, Romania, Germany, the Netherlands and the United Kingdom, with each reporting more than 5% of the cases. These countries also had the most cases that had not been connected with importation of the disease.

The study also noted that 33% of the patients were hospitalised and 11% had pneumonia. Most cases, 81%, involved those who were two years old and older. Of the remaining 19% share, 9% were one year old and 10% younger than one year.

The rate at which patients died from the disease highlighted the impact measles had on the very youngest populations. ECDC’s analysis showed that one in 1,000 measles patients died, and of those, the greatest fatality was seen in the youngest cases. Cases in one-year-olds were six times more likely to die compared with cases of patients who were two years old or older. Cases in infants younger than one year were seven times more likely to die.

The findings are based on ECDC data collected in the most recent years in the EU/EEA, which can benefit communication efforts to tackle resurgence of measles in Europe.

The World Health Organization has set goals for the elimination of measles and rubella. One of the main actions to achieve those goals is to maintain high rates of sustained immunizations.

Signifcant head trauma can produce fracture traces through the temporal bone which...