Follow
Home » Headlines » MERS: The latest data from the WHO global update

MERS: The latest data from the WHO global update

The World Health Organization (WHO) released their latest Middle East respiratory syndrome coronavirus (MERS-CoV) global update this month, the first time in more than a year, and here is some of the latest: 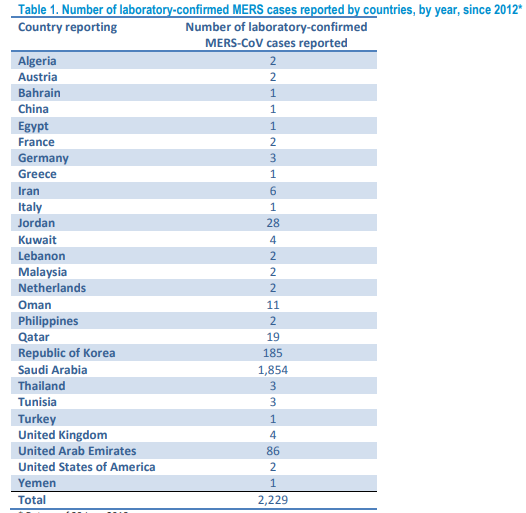 One thought on “MERS: The latest data from the WHO global update”