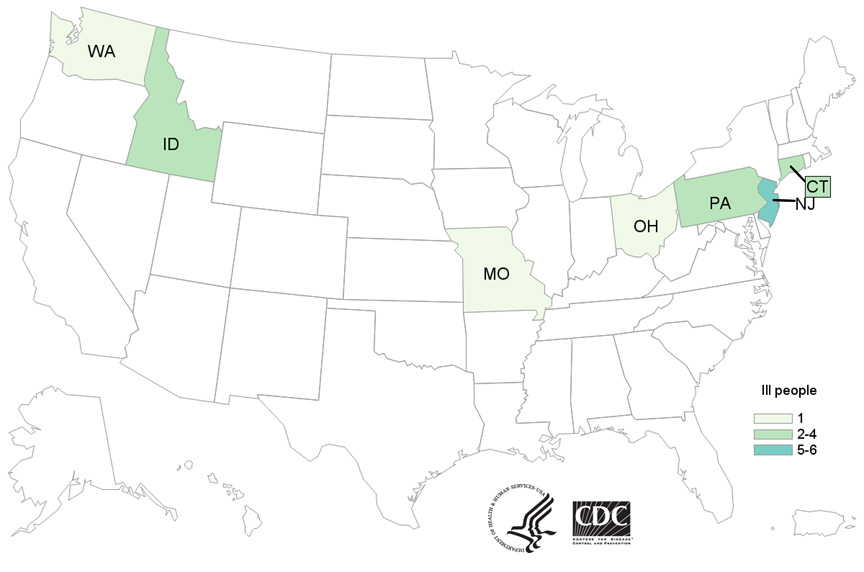 As of April 9, 2018, 17 people infected with the outbreak strain of E. coli O157:H7 have been reported from 7 states.  Six ill people have been hospitalized, including one person who developed hemolytic uremic syndrome, a type of kidney failure. No deaths have been reported.

Health officials say the investigation is still ongoing and a specific food item, grocery store, or restaurant chain has not been identified as the source of infections. CDC is not recommending that consumers avoid any particular food at this time. Restaurants and retailers are not advised to avoid serving or selling any particular food.

Some illnesses last longer and can be more severe, resulting in a type of kidney failure called hemolytic uremic syndrome (HUS). HUS can occur in people of any age but is most common in young children under 5 years, older adults, and people with weakened immune systems.

Symptoms of HUS can include fever, abdominal pain, pale skin tone, fatigue and irritability, small, unexplained bruises or bleeding from the nose and mouth, and decreased urination.