The Philippines Department of Health (DOH) reported 1,923 new COVID-19 cases Friday, bringing the total cases since the beginning of the pandemic to 365,799.

Davao City reported the highest number of new infections with 99 cases, followed by the province of Cavite with 94, the City of Manila with 94, Quezon City with 92, and the province of Negros Occidental with 89.

Currently, the country has seen 312,691 total recoveries and with the addition of 132 new deaths today, 6,915 total deaths have been reported. 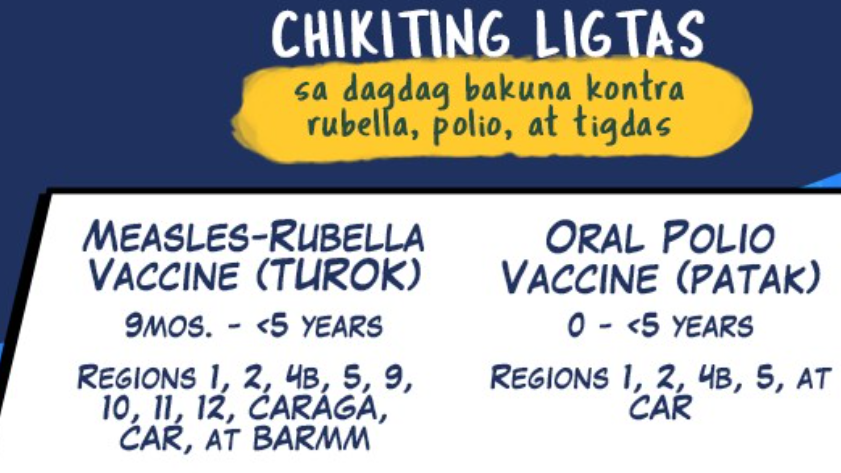 The DOH, together with partners agencies World Health Organization (WHO) and United Nations Children’s Fund (UNICEF), will implement a nationwide MR-OPV SIA in two phases in order to prevent a measles outbreak in the coming months, and to end the currently ongoing poliovirus transmission and re-circulation in the country.

Phase 2, on the other hand, will be conducted in February 2021 in Visayas Regions, National Capital Region, Central Luzon Region, and CALABARZON Region. The campaign will target to vaccinate at least 95% of infants and children aged 9-59 months for the Measles-Rubella vaccine and bivalent Oral Polio vaccine for those aged 0-59 months.