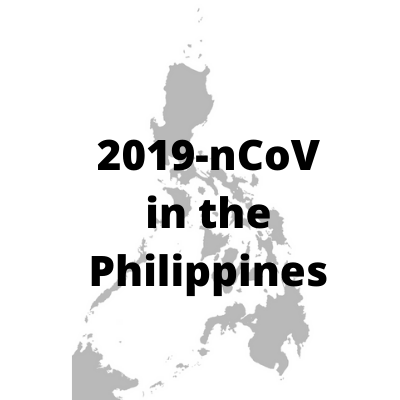 The patient is a 38-year-old Chinese woman who arrived  in the Philippines from Wuhan, China via Hong Kong last January 21, 2020. The patient sought consult and was admitted in one of the country’s government hospitals last January 25 after experiencing mild cough. She is currently asymptomatic.

2019-nCoV was confirmed by the Victorian Infectious Disease Reference Laboratory in Melbourne, Australia.

“I assure the public that the Department of Health is on top of this evolving situation. We were able to detect the first confirmed case because of our strong surveillance system, close coordination with World Health Organization and other national agencies, and the utilization of DOH’s decision tool. We are working closely with the hospital where the patient is admitted and have activated the Incident Command System of the said hospital for appropriate management, specifically on infection control, case management, and containment. We are also implementing measures to protect the health staff providing care to these patients,” Health Secretary Francisco T. Duque III said.

DOH is also in close coordination with the Inter-agency Task Force on Emerging Infectious Diseases (EID) which includes representatives of the Departments of Foreign Affairs (DFA), Interior and Local Government (DILG), Justice (DOJ), Labor and Employment (DOLE), Tourism (DOT), Transportation (DOTr), and Information and Communications Technology (DICT). The Task Force will convene a high-level meeting tomorrow, January 31, 2020, to discuss the first confirmed case and developments arising from this health event.

The Bureau of Quarantine remains on high alert and is in constant coordination with authorities from all ports of entry for stricter border surveillance. DOH assured that its health facilities are equipped and prepared to receive and care for PUIs and confirmed 2019-nCoV cases.

“I urge the public to stay calm and remain vigilant at all times. Let us continue to practice good personal hygiene and adopt healthy lifestyles,” the Health Secretary concluded.

As of January 29, the National Health and Health Commission has received a cumulative report of 7711 confirmed cases, 31 cases of severe cases, 170 death cases.