Follow
Home » Asia » PLAGUE in China: An update and review

According to Chinese officials, there has been 5 human plague cases in China in 2019. 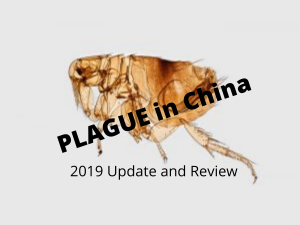 In this video, the third on this topic in less than a month, I look at the case from Gansu that occurred in September but wasn’t reported on any meaningful scale.

I also look at the most recent case out of Inner Mongolia–the 5th case.

There are issues with the rat population in Inner Mongolia, and I look at some reporting on that. At the end, I summarize what the reporting has shown us in November 2019.