Global health officials reported an additional six wild poliovirus type 1 (WPV1) cases during the past week–two in Afghanistan and four in Pakistan–bringing the total WPV-1 cases this year to 94, nearly triple the number reported in 2018. 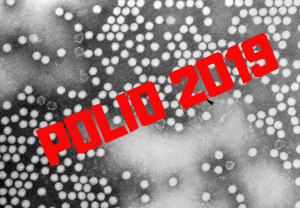 In Afghanistan, cases were reported from Bermal and Khogyani in Paktika and Nangarhar provinces. This brings the total in Afghanistan to 18 this year to date.

In Pakistan, the new cases were reported as follows: three from Lakki Marwat in Khyber Pakhtunkhwa province and one from Harnai in Balochistan province. There are now 76 WPV1 cases reported in 2019.

The number of circulating vaccine-derived poliovirus cases worldwide has topped 100 as Chad, Benin, the Democratic Republic of the Congo, Ghana, Ethiopia, Togo and Zambia all reported one case each.

Commenting on this historic achievement, Dr Tedros said, “The achievement of polio eradication will be a milestone for global health. Commitment from partners and countries, coupled with innovation, means of the three wild polio serotypes, only type one remains.

“We remain fully committed to ensuring that all necessary resources are made available to eradicate all poliovirus strains.

WPV3 is the second strain of the poliovirus to be wiped out, following the certification of the eradication of WPV2 in 2015. The last case of WPV3 was detected in northern Nigeria in 2012.