Salmonella cases linked to the Burrito Delight restaurant rises to 12

The source of the outbreak is the Burrito Delight restaurant, which has voluntarily closed both of its locations in Fort Lupton and Dacono. It is still under investigation as to what is the specific source.

There are presently 12 confirmed Salmonella cases which occurred in February: 6 from two different catered events at Aims Community College; 4 from patrons who ate at the Fort Lupton Burrito Delight restaurant; and 2 from a private business that had another catered event. The restaurants are closed and the public is not at risk.

Symptoms of Salmonella illness include diarrhea, upset stomach, fever, and occasionally vomiting. Symptoms typically last 4 to 7 days, and most people recover on their own. Anyone who continues to experience symptoms should contact their health care provider. For some people, the diarrhea may become so severe they require hospitalization. Symptoms typically appear 6-72 hours after eating contaminated food and will typically last for 4 to 7 days without treatment. However, in severe cases, the symptoms may last longer. 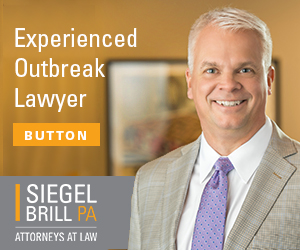