by News Desk
November 16, 2018
Headlines, US News
No Comments

In a follow-up on the multi-state Salmonella Newport outbreak linked to beef from JBS Tolleson, an additional 126 ill people from 13 states were included in the investigation since the last update on October 23, 2018. Three more states reported ill people: Connecticut, Massachusetts, and Missouri. 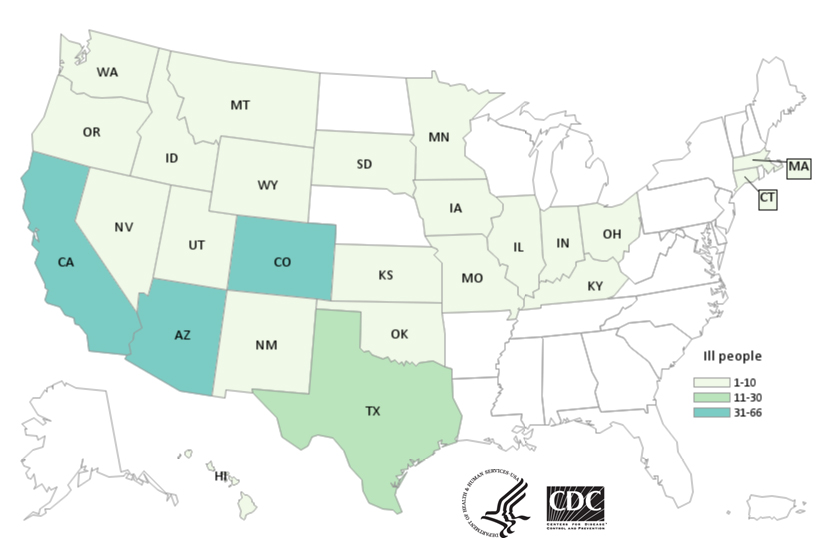 64 percent of outbreak cases have been reported from three states–Arizona, California and Colorado.

Epidemiologic, laboratory, and traceback evidence indicates that ground beef produced by JBS Tolleson, Inc. is a likely source of this outbreak.

On October 4, 2018, JBS Tolleson, Inc. recalled approximately 6.9 million pounds of beef products that may be contaminated with Salmonella Newport.

Most people infected with Salmonella develop diarrhea, fever, and stomach cramps 12 to 72 hours after being exposed to the bacteria.

In some people, the diarrhea may be so severe that the patient needs to be hospitalized. Salmonella infection may spread from the intestines to the bloodstream and then to other places in the body.

Children younger than 5 years, adults older than 65 years, and people with weakened immune systems are more likely to have a severe illness.