Salmonella Poona outbreak grows by 77 in past week

An additional 77 Salmonella Poona cases reported from 18 states during the past week has brought the tally for the multistate outbreak linked to imported cucumbers to 418 cases, according to the Centers for Disease Control and Prevention (CDC). 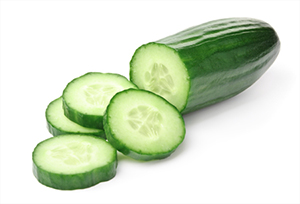 Since the beginning of the outbreak, 31 states have reported at least one case. Two deaths linked to the outbreak have been reported.

Epidemiologic, laboratory, and traceback investigations have identified cucumbers imported from Mexico and distributed by Andrew & Williamson Fresh Produce as a likely source of the infections in this outbreak.

Several recalls of cucumbers that may be contaminated with Salmonella have been announced as a result of this investigation:

Most people infected with Salmonella develop the following signs and symptoms 12-72 hours after being exposed to the bacteria: Diarrhea, fever and abdominal cramps.