Singapore health and environmental officials are reporting a large decrease in dengue fever cases as compared to the peak as compared to it’s peak 10 weeks ago; however, the case tally is still higher than normal. 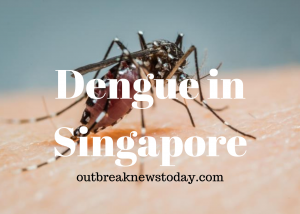 486 dengue cases were reported this past week, much lower than the peak of 1800 cases in a week reported over the summer.