The Minister of State for Sustainability and the Environment, Mr. Desmond Tan, urged members of the public to stay vigilant and continue their efforts in the fight against dengue, to prevent another major dengue outbreak in 2021.

High Aedes aegypti mosquito population, amidst higher circulation of less common Dengue virus serotypes 3 and 4 across the island, increases risk of dengue surge, according to the National Environment Agency (NEA).

Over 2,000 dengue cases have been reported since the start of this year, and there are currently 29 active dengue clusters.

The predominant Dengue virus serotype in Singapore has been serotype 2 (DENV-2) since 2016. However, we have seen an increase in the proportion of dengue cases and clusters due to Dengue virus serotypes 3 and 4 (DENV-3 and DENV-4) in the past two months. Together, these two previously uncommon Dengue virus serotypes now make up the majority of the serotypes sampled, at above 60 per cent. DENV-3 and DENV-4 have been detected in 90 dengue clusters (47 per cent) of the 192 clusters formed, from January to March this year. As DENV-3 has not been dominant since about three decades ago, and the incidence of DENV-4 has been consistently low, more people are susceptible to these two serotypes currently in circulation. 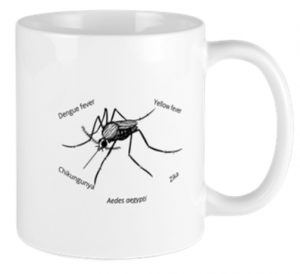