Ukraine health officials reported this week a fatal case of botulism in Chernihiv region. The patient was a 74-year-old man who fell ill after eating home-made blood sausage, which was stored for about two months in the refrigerator. 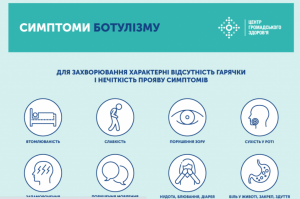 Since the beginning of the year, as of July 20, 2021, 10 cases of botulism have been registered in Chernihiv region, three of which have been fatal.

In just 5 months of 2021, 43 cases of botulism were registered in Ukraine, including one child. Six people died.

The probable foods that led to the disease were dried and salted freshwater and sea fish (40%), meat, fish, vegetables, canned mushrooms and other meat products.