To date, Vietnam health authorities report 224,771 total dengue fever cases, including 92 deaths across the country since the beginning of the year. This is an increase of 13,383 cases and five deaths reported here 10 days ago. 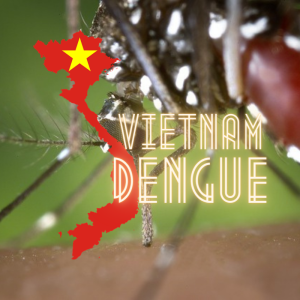 Compared to the same period in 2021, the number of cases and deaths both increased.

The South, Central and Central Highlands regions continued to record high numbers of cases and deaths. The northern region in Hanoi has recorded an increase in the number of cases and there have been deaths.

In addition, experts warn that reinfection with the dengue virus could make dengue more severe. “In other words, later infections with the virus will make the patient more likely to get worse than the previous infection”, according to Assoc. Prof. Dr. Nguyen Vu Trung, Director of the Pasteur Institute in Ho Chi Minh City– dengue is caused by four serotypes of the dengue virus. Secondary dengue virus infection may increase the risk of more severe dengue.

Fabulous, what a weblog it is! This blog provides useful information to...

Great blog you have here.. It's difficult to find high-quality writing like...

Very soon this site will be famous amid all blogging and site-building...