by Press Release
November 12, 2018
Headlines, US News
No Comments 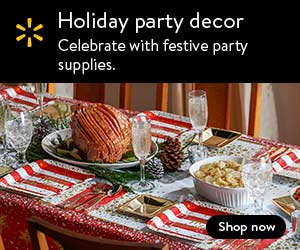 Nearly two thirds of Americans (65%) say antibiotic resistance is a public health problem and a strong majority (81%) say they are concerned that antibiotic resistance will make more infections difficult or impossible to treat and even deadly, according to a national public opinion survey commissioned by Research!America in collaboration with the Infectious Disease Society of America (IDSA). The survey was supported in part by Pfizer Inc. Majorities across the political spectrum say the federal government should increase funding for research and public health initiatives to address antibiotic resistance – specifically 81% of Democrats, 76% of Republicans and 70% of Independents.

“Americans understand that antibiotic-resistant ‘superbugs’ are a public health threat, and they support putting the public and private sector research continuum to work to address this intensifying health threat,” said Mary Woolley, Research!America president and CEO, said. “Americans are calling for ‘all hands on deck’ to confront AMR – the government, the private sector, health professionals, hospitals and individuals.”

Nearly three quarters (73%) of those surveyed agree that the federal government should provide incentives to encourage increased private sector investment in the development of new antibiotics, reflecting consensus among 80% of Republicans, 76% of Democrats and 63% of Independents. Some 83% of those surveyed believe pharmaceutical companies should develop more antibiotics.  The survey found that 92% agree that doctors and other healthcare professionals should only prescribe antibiotics when needed.

“Antibiotic resistance is threatening our ability to safely and effectively provide medical care to many patients, including organ and bone marrow transplants, joint replacements and other complex surgeries, cancer chemotherapy, and care of preterm infants,” IDSA President Cynthia Sears, MD, FIDSA, said. “A multipronged approach — including stewardship to protect the utility of antibiotics, incentives to spur development of new antibiotics, and investment in research and public health initiatives — will be necessary to turn the tide against antibiotic resistance. Despite a large majority indicating that health care providers should only prescribe antibiotics when necessary, we know high levels of inappropriate antibiotic use continue to occur, underscoring the need for the federal government to take more action to drive the implementation of educational and antibiotic stewardship programs.”

Survey results indicate more education is needed about appropriate antibiotic usage. Antibiotics do not have any effect on viruses, such as colds and flu, yet more than a third (37%) of those surveyed wrongly say antibiotics are effective for treating viral infections. Further, about a third (29%) would be dissatisfied if their doctor did not prescribe an antibiotic for their child’s viral infection. Also, only 57% of those surveyed are aware that even a single course of antibiotics taken when not appropriate can contribute to the development of antibiotic resistance.

The nationwide survey of 1,004 U.S. adults was conducted by Zogby Analytics in October 2018. The margin of error is +/- 3.1 percentage points.