by News Desk
March 2, 2019
Latin America and the Caribbean
2 Comments 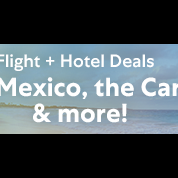 Health officials are reporting a malaria outbreak in Cauca Department in southwestern Colombia, according to a RCNRadio report (computer translated).

The outbreak has affected 322 people in the rural areas of Guapi and Timbiquí: ( the towns of Calle larga, Belén, San Agustín, Pascualero and Cascajero ( in Guapi ) and in the mining area of Santa María, Chacón Playa and Coteje ( in Timbiquí )).

The strain of malaria was identified as Plasmodium falciparum.  The report notes it was indicated that the presence of malaria was recorded in sites never considered endemic, which would be related to factors such as climate change and issues associated with mining that exacerbated the situation.

“This required an immediate displacement of our surveillance team to deal with this outbreak. Visits were made to the area where the cases were presented to make diagnoses with rapid tests and to initiate immediate treatments , “said the department’s Health Secretary, Héctor Andrés Gil Walteros.

T-shirts, coffee mugs and other merchandise featuring the parasite Trypanosoma cruzi
To see the whole set of T. cruzi merchandise go to Chagas in Black and White

On the other hand and as a preventive action, the delivery of 402 mosquito nets in 107 homes was made , benefiting more than 600 inhabitants in the outbreak areas, and the treatment was given to the affected people.