The Fiji Ministry of Health and Medical Services reports treating at least 13 people who had been diagnosed with typhoid, according to local media.

A Public Health Team based at Levuka Hospital is working with the communities on Moturiki Island to create awareness and facilitate counselling on the precautionary measures which include safe water, sanitation and hygiene, according to a government statement.

Mass gatherings had been temporarily suspended in the hot spot areas as a preventative measure.

You can get typhoid fever if you eat food or drink beverages that have been handled by a person who is shedding S. typhi or if sewage contaminated with S. typhi bacteria gets into the water you use for drinking or washing food. Therefore, typhoid fever is more common in areas of the world where handwashing is less frequent and water is likely to be contaminated with sewage.

Typhoid fever can be successfully treated with appropriate antibiotics, and persons given antibioticsusually begin to feel better within 2 to 3 days. 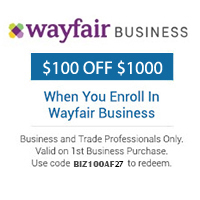