A science fair experiment by a Schwenksville, Pennsylvania teen discovered high concentration parasite eggs in the soil of a number of Montgomery County parks and led to a poster abstract at this year’s IDWeek 2018.

The research comes from 13-year-old Devyn Stek, a student at St. Teresa of Calcutta School in Schwenksville, about an hour outside of Philadelphia, who during a surveillance study of six local parks, discovered Toxocara spp. eggs in each park.

In the study, Stek collected six soil samples (2 cups each) were obtained from six different parks, for a total of 36 samples and performed a sugar flotation method and the next day, examined the samples microscopically for parasite eggs.

The findings found Toxocara eggs could be found in every park that was tested. In addition, the number of eggs per sampled varied greatly; highest amounts in areas that could contain food droppings (e.g. picnic area) or potential bathrooms for dogs (e.g. tree grove).

CDC targets five Neglected Parasitic Infections in the US

This parasite can be spread to humans by ingestion of eggs from the soil or from contaminated hands. Most at risk are young children under 5 years of age, especially those with a history of eating dirt and exposure to puppies.

One study showed that 20-60% of soil samples from backyard residences, public parks and children’s sandboxes were contaminated with Toxocara canis eggs. Though it is found throughout the U.S., diagnosis of disease in children is made most frequently in the south.

Light infections in humans are usually asymptomatic, and probably occur quite frequently.

Human infection with Toxocara usually takes one of two forms; visceral larval migrans (VLM), this is where the larvae migrate aimlessly. They usually end up migrating to the liver, but almost any tissue can be invaded.

The other more rare disease is ocular larval migrans (OLM), where the larvae enter the eye where permanent vision loss is possible.

The diagnosis of Toxocara is usually based on clinical signs, history of exposure to puppies, laboratory findings (including eosinophilia), and the detection of antibodies to Toxocara. Stool samples are not useful for examination since the larvae don’t mature to adults in humans. Anti-parasitic drugs are available for treating VLM. You cannot treat OLM with antiparasitics and is usually left to trying to prevent more damage to the eye. 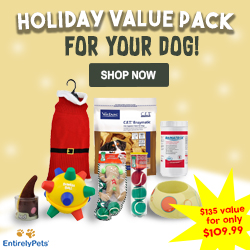 The best treatment may be to increase prevention by reducing the accidental ingestion of eggs.

o keep the dogs & puppies under a veterinarian’s care for early and regular deworming
o clean up after the pet and dispose of stool
o keep animals’ play area clean
o wash hands after playing with dogs or cats
o keep children from playing in areas where animals have soiled
o cover sandboxes to keep out animals
o Don’t let children eat dirt. 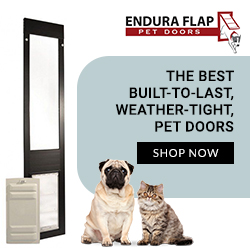 When he is confident about the answer, he loves participating in class....