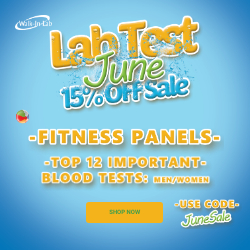 Bavarian Nordic A/S  announced Friday that the Company was recently engaged by Public Health England (PHE) and the Medicines and Health Products Regulatory Agency (MHRA) to supply its IMVANEX® smallpox vaccine in response to new cases of monkeypox in the UK. Two related cases were confirmed and admitted to a hospital in Liverpool. One was most likely infected in Africa, where the family arrived from a few days before onset of disease, and a sibling case most likely infected on UK soil by the first case.

IMVANEX (MVA-BN) is approved by the European Commission for active immunization against smallpox but has also received approval for monkeypox by the U.S. Food and Drug Administration (FDA) and Health Canada, as the only vaccine approved for this indication in these territories. Bavarian Nordic previously delivered IMVANEX to PHE in connection with the first human cases of monkeypox in the UK in 2018 and later in 2019, when several unrelated human cases were imported from Nigeria with a subsequent infection of a healthcare worker in the UK.

Monkeypox in the United Kingdom: WHO provides more details

Paul Chaplin, President and CEO of Bavarian Nordic said: “We are pleased to assist Public Health England rapidly in such an emergency situation. Vaccination is a critical measure to prevent and control the spread of diseases globally. Governments have an essential role in preparing for outbreaks by stockpiling vaccines and treatments so that they are readily available in events like this. We have a long history of working with other governments on strengthening their national preparedness in outbreak situations, and we urge more countries to actively consider and mitigate the risks of diseases like monkeypox, which unfortunately is on the rise in Africa and has in recent years shown to cross borders several times.”

Monkeypox is a rare, but serious disease, which is endemic in Central and West Africa. The disease is quite similar to human smallpox, although it is less severe with an estimated fatality rate of 1-10%.

Monkeypox in Nigeria and DRC updates

England reports monkeypox case, believe to be contracted in Nigeria

CDC issues travel notice for Nigeria due to monkeypox