The Center for Disease Control and Prevention (CDC), along with other federal, state and local authorities and and with the support of the Canadian Food Inspection Agency (CFIA), are investigating a multistate outbreak of E. coli O121 and E. coli O103 illnesses likely linked to ground bison supplied by Northfork Bison Distributions Inc. of Saint-Leonard, Québec, Canada. 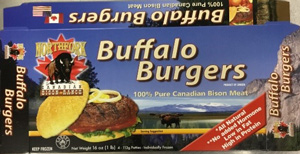 A total of 21 people infected with the outbreak strains of E. coli O103 and E. coli O121 have been reported from 7 states. New York and Florida have reported the most cases with nine and four, respectively.

The FDA and CDC analyzed traceback and epidemiological information to determine that ground bison supplied by Northfork Bison Distributions Inc. is the likely cause of the illnesses. Ill people in this outbreak report eating ground bison in burgers at restaurants and at home.