In a follow-up on the human Crimean-Congo hemorrhagic fever (CCHF) outbreak in the African country of Mauritania, the World Health Organization (WHO) reports a total of six confirmed cases including two deaths as of March 14. 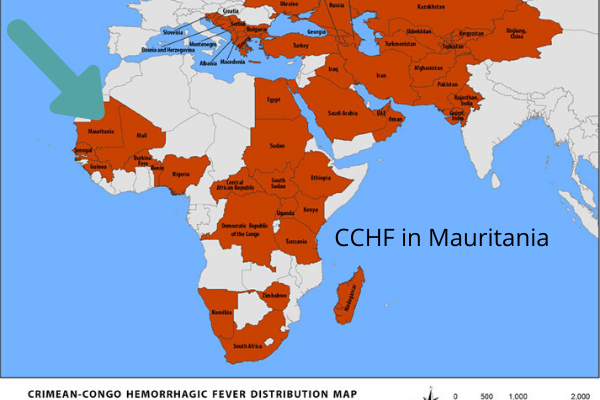 According to WHO, on 4 February 2022, a case of Crimean-Congo hemorrhagic fever (CCHF) was confirmed by polymerase chain reaction (PCR) at the Institut National de Recherche en Santé Publique in Nouakchott, Mauritania. The patient is a 52-year-old male farmer living in the department (moughataa) of Koubeni in the region (wilaya) of Hodh Elgharbi.

He presented with epistaxis and hematemesis for which he consulted five health facilities in Kubeni and Nouakchott between 27 January and 4 February 2022.

Thanks for yoᥙｒ marvelous posting! I definitely enjoyed reaⅾing it, you can be...

It is in reality a nice and helpful piece of information. I...

You've made some good points there. I looked on the web to...

After I originally commented I appear to have clicked on the -Notify...

This web site certainly has all of the info I wanted concerning...

My family members all the time say that I am killing my...

Iâ€™m not that much of a internet reader to be honest but...