by News Desk
August 2, 2021
Latin America and the Caribbean
No Comments 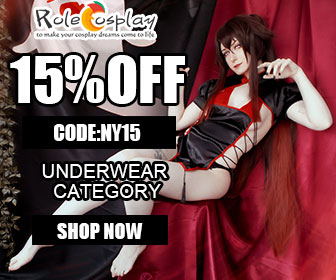 The Argentina Ministry of Health reports that health authorities of the City of Buenos Aires reported two confirmed cases of Delta variant with no known epidemiological link with traveler.

The jurisdiction is conducting the epidemiological investigation to determine the origin of the chain of transmission. If the absence of an epidemiological link is confirmed, they would constitute the first cases not related to travelers in the country and this occurs three months after the first case of a Delta variant in a traveler was detected in Argentina.

The first case is a minor who began with symptoms on July 20, and whose sample was sequenced in the virology laboratory of the Ricardo Gutiérrez Children’s Hospital within the framework of the population epidemiological surveillance carried out by the laboratory as a whole. with the PAIS Project of the Ministry of Science, Technology and Innovation.

Meanwhile, the other case is a 32-year-old person who was diagnosed as positive for COVID on July 4, and today the same laboratory reported that his sample was positive for the Delta variant.

At the moment, the jurisdiction did not identify any travel history in these cases and continues to carry out the epidemiological investigation of the cases and the close contacts.

The detection of these cases occurs in the epidemiological context of a sustained decrease in the number of cases for 9 weeks, which represents a 67 percent reduction in COVID-19 cases, between the peak of mid-May 2021 (week epidemiological 20) so far.

Regarding the progress of the vaccination plan against COVID-19 in our country, 62.7% of those over 70 years of age completed their schedule; while 51.2% of people aged 60 or over, 38.6% of people aged 50 and over, and 20% of the population aged 18 or over already have both doses.

First identified in India in October 2020 and designated by the World Health Organization (WHO) as a variant of concern (VOC) in May 2021, it has become one of the prevalent lineages in several countries.

In the samples sequenced in the last 4 weeks this variant of concern exceeds 75% of countries such as Australia, Bangladesh, Botswana, China, Denmark, India, Indonesia, Israel, Portugal, Russia, Singapore, South Africa and the United Kingdom.

An analysis based on proportions calculated on the global data, the effective reproductive number for the Delta variant is 55% (95 CI 43-68%) higher than for the Alpha variant and 97% (95 CI 76-117%) higher in relation to others. non-VOC and non-VOI variants.