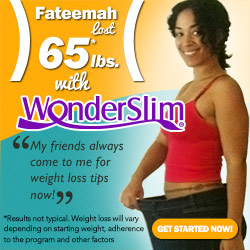 This brings the measles tally in LA County to eight among Los Angeles County residents in 2019, and six non-resident measles cases that traveled through the county.

Of the eight measles cases among residents, three are not linked to any of the others, and two of these cases are linked to international travel. The majority of the cases were unvaccinated.

“It is very important if you or someone you know has symptoms of measles or has been exposed to measles to contact your healthcare provider by phone right away before going in,” said Muntu Davis, MD, MPH, Los Angeles County Health Officer. “We will likely see additional measles cases in Los Angeles County, so if you are not already immune to measles, the best way to protect yourself and to prevent the spread of measles is to get the measles immunization, with two doses of measles immunization being about 97% effective at preventing measles.” Individuals who have been free of symptoms for more than 21 days after exposure are no longer at risk.

In addition, Long Beach health officials  has confirmed the first case of measles in a Long Beach resident since 2015. The individual is an adult and is recovering at home.

As of May 1, 2019, 40 confirmed measles cases, including 28 outbreak-associated cases have been reported in California.

From January 1 to April 26, 2019, 704 individual cases of measles have been confirmed in 22 states. This is an increase of 78 cases from the previous week. This is the greatest number of cases reported in the U.S. since 1994 and since measles was declared eliminated in 2000.

Hello everyone, I’m so happy because I am free from (HERPES) I...