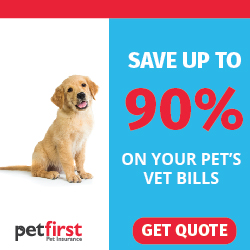 A six year old mixed-breed beef cow in Florida has tested positive for atypical H-type Bovine Spongiform Encephalopathy (BSE), according to the U.S. Department of Agriculture (USDA) today. This is the nation’s 6th detection of BSE.

The animal never entered slaughter channels and at no time presented a risk to the food supply, or to human health in the United States, officials note.

The animal was initially tested at the Colorado State University (CSU) Veterinary Diagnostic Laboratory (a National Animal Health Laboratory Network laboratory) as part of routine surveillance of cattle that are deemed unsuitable for slaughter.

BSE is not contagious and exists in two types – classical and atypical.  Classical BSE is the form that occurred primarily in the United Kingdom, beginning in the late 1980’s, and it has been linked to variant Creutzfeldt-Jakob disease (vCJD) in people. The primary source of infection for classical BSE is feed contaminated with the infectious prion agent, such as meat-and-bone meal containing protein derived from rendered infected cattle.  Regulations from the Food and Drug Administration (FDA) have prohibited the inclusion of mammalian protein in feed for cattle and other ruminants since 1997 and have also prohibited high risk tissue materials in all animal feed since 2009.

Atypical BSE is different, and it generally occurs in older cattle, usually 8 years of age or greater. It seems to arise rarely and spontaneously in all cattle populations.

Of the five previous U.S. cases, the first, in 2003, was a case of classical BSE in a cow imported from Canada; the rest have been atypical (H- or L-type) BSE.

BSE is a progressive neurological disease of cattle caused by prions, which are infectious agents made up of protein material. The prion proteins affect the brain structure of infected animals, causing the animal to lose motor skills and eventually causing death. Clinical signs include behavioral changes, coordination problems, weight loss and decreased milk production. Once clinical signs appear, the animal’s condition deteriorates until it either dies or is euthanized.

There is no treatment or vaccine to prevent BSE.