The Samoa Ministry of Health reported the latest on the measles outbreak in a Situational Update that shows the number of suspect measles cases has grown to 716, including 48 confirmed and six deaths through Nov. 10.

Cases have primarily been reported in Upolu (539), followed by Faleata East (65) and Sagaga le Falefa (53).

This prompted officials to declare a state of emergency, ordering all schools, including the National University of Samoa, to be closed as a deadly measles outbreak continues to spread.

In addition, the Samoan Government ordered children under the age of 17 not to attend public gatherings in an attempt to stop the virus spreading.

It also made vaccinations a mandatory legal requirement for all people of Samoa who have not yet received a vaccination injection.

In a interview with the New Zealand news source, Scoop, University of Auckland vaccinaologist, Dr Helen Petousis-Harris, “Many of the Pacific Nations have quite good immunisation coverage, comparable to New Zealand. For example, Tonga’s uptake of measles vaccine is about 85 – 99% depending whether you believe WHO-UNICEF or Tongan administrative data. In Fiji, the uptake is 94% reported by WHO-UNICEF and >80% by local administrative data.

“However, this is not the case for Samoa, which has one of the poorest uptakes of measles vaccine in the world, more in line with some of the most devastated countries in Africa. Samoa’s immunisation coverage has trended down for almost 20 years leaving a large proportion of the population susceptible to diseases such as measles. The estimate for 2018 was 31% by WHO-UNICEF, and 40% from local administrative data. Whichever you believe, it is dismal.”

Samoa’s Director General of Health, Leausa Dr Take Naseri, said low immunisation coverage had left around a third of the population at risk.

“The way it is going now and the poor coverage, we are anticipating the worst to come.” 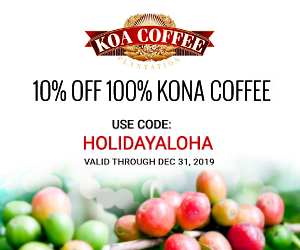 New Zealand Foreign Minister Winston Peters said Friday his country would send 3,000 doses of vaccine and 12 nurses to Samoa to assist with the outbreak.

“Measles is highly contagious, and the outbreak has taken lives in Samoa,” Peters said in a statement. “It is in everybody’s interests that we work together to stop its spread.”