Follow
Home » Headlines » COVID-19 in Mexico: ‘The most dangerous country for doctors’

COVID-19 in Mexico: ‘The most dangerous country for doctors’

Mexico just recently surpassed the United Kingdom as #7 on the list of countries with the most COVID-19 cases (295,268 and 34,730 deaths as of this writing). 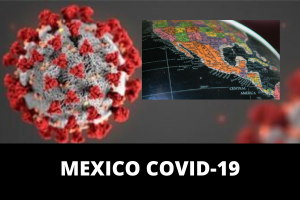 However, a statistic that is arguably more alarming in Mexico is the mortality of doctors and other health workers in the country is the highest in the world.

A Vital Signs Mexico publication, The Pandemic in Mexico-Dimension of Tragedy states–2.6 percent of the deaths recorded in Mexico by Covid-19 are in medical personnel. There is no other country in the world that has such a high death rate of this type. In the United States the proportion is 0.54 percent; in China 0.50 percent and in the UK 0.40 percent.

As of June 16, 32,388 infected health workers were reported. The figure is equivalent to 21.3 percent of the total number of cases that existed in Mexico at the time. This equates to two of every 10 positive cases correspond to medical personnel.

The causes of the troubling issue in Mexico has been linked to lack of Personal Protective Equipment (PPE) in facilities and a shortage of doctors (the Saludiario report states “a deficit of at least 200,000 doctors that existed since before the pandemic has led to extensive and exhausting working days for those responsible for providing care”).

One thought on “COVID-19 in Mexico: ‘The most dangerous country for doctors’”